The top-of-the-line model announced today is the Intel Core i9-8950HK, which can reach speeds of up to 4.8 GHz with turbo boost. It is the first mobile Intel processor to offer six cores and 12 threads. Intel claims that translates to up to a 29 percent overall speed boost over the previous seventh-generation Intel chips, with 41 percent improvement for gaming and up to 59 percent faster 4K video editing.

Along with the Core i9 processors, Intel is also announced i5 and i7 processors for laptops, which will also be based on the company’s 14nm++ architecture (known as Coffee Lake) instead of the first wave of the eighth-generation Kaby Lake R chips, which were enhanced versions of the same 14nm+ architecture of the seventh-generation chops.

These new i9, i7, and i5 Coffee Lake chips are part of the company’s H-series lineup (along with Intel’s collaboration with AMD on the hybrid Radeon RX Vega M processors with integrated GPUs). But while the Radeon RX Vega M processors are meant for thinner and lighter laptops for companies looking to cut down on space, these new Coffee Lake chips are designed for hardware manufacturers’ top computers (presumably with more powerful discrete graphics cards) where firepower is of chief concern.

Intel Optane memory is a smart and adaptable system accelerator for desktop and mobile platforms. It increases the performance and responsiveness of SATA-based storage technology without compromising storage capacity.

Consumers will also begin to see a new platform extension with Intel Core i5+, i7+ and i9+ badges on select systems. This starts with today’s high-performance 8th Gen Intel Core mobile processors and desktop processors. This indicates they are purchasing a device that has the combination of Intel Core performance with the acceleration of Intel Optane memory.

What do you think about having this monster processor as part of your Laptop? 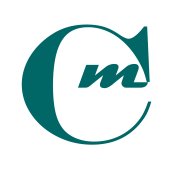 I am gentle Tech enthusiast. A graduate of computer science, a Digital marketer, web designer, author, web consultant, blogger and lastly a Football lover ( Proudly a Liverpool $ Ifeanyi Uba FC fan). You can reach me personally via my email address on 'barthchuks@gmail.com'

How to Create a Realistic Waving Flag in Photoshop